It's time to pass judgment! This week we asked our tribes to answer a forum PM from Alf E.T. Borg, an alien of unknown origin, who wanted help learning to turk. Here's what they all came up with! Tribes are anonymous to keep things as fair as possible. Each submission has its own post and is in no particular order. Voting will be open until about 10 pm EST on Friday, March 15th.

All of the tribes look like they worked really hard to avoid being enslaved by the alien's home planet and came up with some useful, creative answers. The winning team will also get more points toward being the lone Survivor and an Amazon gift code to rent the movie, "Alien." Get in there and vote for your favorite submission!

Just for reference and fun, the following competitors signed up for the Week #1 Challenge:

MTC.com, Narnia (AP) - Reports have been swirling around the mental status of Amazon founder and CEO Jeff Bezos after a brief encounter with 3 UFOs in late 2017. Many feel that Mr. Bezos had been covering up the fact that the UFO encounter even happened, but as it turns out, not only did the encounter happen the Aliens and Bezos agreed to use his body as a vessel.


We caught up with Alien Jeff and found his number one priority was to learn as much about mTurk that he could, hoping that the department of his company that he cares the least about could actually help his new Alien friends transition to Earth life.

mTurk, actually short for Mechanical Turk. The M secretly stands for menial. That's what we do, menial work for minimal pay. We categorize everything from clothes to tools. We transcribe pointless audio. We teach computers how to understand voices. We teach professors how our brains work. More importantly, we do all the work that the computers can't that the computers refuse to do.

What does a turker do on an average day?


Log in or register now. to view Spoiler content!
Is there a special set of skills I need? 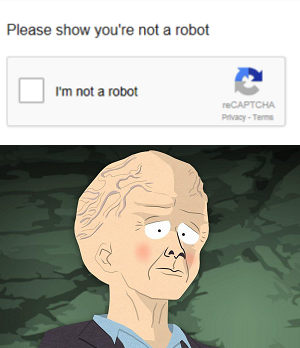 What are hits? Is that something to do with mafia?

I saw some people mention surgery videos, what is this? Are we training to be doctors, because that would be so cool!

Nope, we're just people that have no clue how to even begin a surgery "grading" doctors on how well they perform theirs. It's the equivalent of some lowly human telling you how well you built your spaceship.

Is there a dress code or uniform I need to buy? 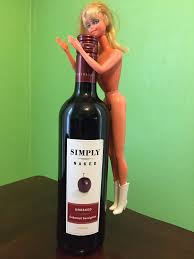 Who do I submit my work schedule availability to? I want to make sure the turking supervisor gives me some hours.

The beauty of turking is that it can be as noisy or quiet as you like. Your work environment is entirely up to you. Though if you listen closely, you can sometimes hear the sobs of your fellow turkers.

What is your favorite part of turking?

My favorite part of turking is meeting and socializing with interesting people. From behind a computer monitor.

My least favorite part of turking is meeting and socializing with interesting people. From behind a computer monitor.

Anything I should avoid doing? I don’t want to make a bad impression!


I’m so glad you chose MTC as your place of information, it’s such a great place to meet new friends and learn all about Amazon Mechanical Turk. I’ll try to do my best to answer your questions, and of course, make sure you visit the Getting Started Guide here.

I hope these are helpful, I’d hate to end up as food. I don’t think I’d be very tasty. I’m a little bitter. I understand how you have to appease a Queen though, we have Vanyanka, I feel you. Best of luck!
Reactions: Turtlefemm, GemStone, LucyO and 8 others

1. What exactly is a turker?

tur·ker
Noun
<Not to be confused with the delicious bird, though slightly related.>

2. What does a turker do on an average day?

The turker dreads the first rays of morning light as it brings another day of working for pennies. The turker begrudgingly gets up and downs at least two cups of coffee before sighing and sitting down at the computer. As the computer boots up, he thinks about his life and where exactly things went wrong. He questions his poor life choices that led him here. He swiftly puts those thoughts out of his mind, as he boots up all his turking tools and settles into work for the day. Much of the turker’s day is actually spent waiting around for hits to drop. Every day is hit or miss and the turker never knows how he will fare on any given day. He prays to the turker gods, hoping that something, anything will drop. He spends his day filling out overly long and underpaid surveys, with the occasional MTC break to complain about how slow it is or gripe about not having a particular “closed qual”. Sometimes a high paying batch will drop, but that’s usually the 10 minutes the turker decides to unglue his ass from the computer and grab some food and/or shower. If the turker works full time, he will continue this routine of despair for the rest of the day, until he finally gives up. As soon as the turker lays his weary head down to bed, he will hear the taunting alert of a juicy batch that just dropped. He hops out of bed, but it’s already gone. So it goes.

3. Is there a special set of skills I need?

Desperation, mainly. A bottomless supply of emotional numbness, and the ability to do the same type of task a thousands of times over for a few bucks. Other helpful skills include: patience (like an extreme amount of patience), the ability to turn on a computer, dog-like hearing for all those hit alerts, a crazy amount of luck and good timing to catch those juicy batches, low standards, sitting glued to your computer all day, a quick finger, and a bladder of steel.

4. What are hits? Is that something to do with mafia?

The term HIT is an acronym that is supposed to stand for “Human Intelligence Task”. However, it would be far more accurate if HIT stood for Hatred Inducing Tedium. Even more accurate would be Self-Hatred Inducing Tedium, but that doesn’t result in a very flattering acronym. If these were Mafia hits, they would surely be more lucrative. Instead of getting paid a lot to kill someone else, we’re getting paid very little while slowly dying on the inside. In actuality, the official Amazon corporate line is that HITs are “Human Intelligence Tasks”. This means that hits can only be completed by humans and not computers. That’s what sets this type of work apart. Or so they say...

5. I saw some people mention surgery videos, what is this? Are we training to be doctors, because that would be so cool!

Yes, we are surgeons in training. We have been offered a shortcut to do prostate and hysterectomy surgeries through Amazon MTurk. After 100 C-Sats, you get the “Totally a Surgeon” qualification. It’s much cheaper than med school. Unfortunately, the license only allows you to run a limited practice out of Wyoming, South Dakota and some parts of Rhode Island.

6. Is there a dress code or uniform I need to buy?

One of the biggest perks about working on Amazon Mechanical Turk is that there is no Human Resources Department, so clothing is strictly optional! Depending on the turker, this can also be one of the biggest downsides.

7. Who do I submit my work schedule availability to? I want to make sure the turking supervisor gives me some hours.

The best part about turking is that you can work whenever and wherever you want. They are always looking for HITs to be completed 24/7, 365. This is also one of the downsides. Turking can be super addicting and you never know when something good will post so you might end up glued to your computer into the wee hours. You submit your work schedule to Nobody! Isn’t that great!? No, it’s not! On one hand, you don’t report to anybody, but on the other hand, nobody will ensure that you actually have work to do either. It’s a decentralized, high-tech, crowd-based feeding frenzy! Welcome to the future.

You don’t have co-workers, persay, since you will be working from home. However, there is one superior turking forum, MTC, which you can join. MTC is filled with helpful turkers and a handful of crazies. They can help you pass the downtime with arguments on pizza toppings, random panda gifs, and posts waxing on the essential essence of a hoodie. If it gets too distracting, you can always press ignore

. Which, getting back to the lack of a Human Resources Department, is actually a blessing when you consider that one of the other workers is a jabroni who calls himself PeachRider.

9. What is your favorite part of turking?

Getting paid without having to leave my house - it’s far too bright out there. Clicking on the “Transfer Earnings” button at the end of each day and knowing that by doing so, I am one small step closer towards carrying out my ultimate plan of global domination.

10. What do you least enjoy about turking?

The truth is the pay is low. Like, depressingly low. That’s why we all hate it whenever there’s that one turker on the forums claiming they just made $300 in 2 hours. Of course when you ask them which batch, their reply is, “Oh, it’s a closed-qual batch!”

11. Anything I should avoid doing? I don’t want to make a bad impression!

In all seriousness though, only work for hits that pay a decent rate. Remember, this is your livelihood and you will have to determine your worth. There are good requesters out there, you just have to find them. Once you do, never let go - I’m talking stage 5 clinger status here. Oh, and if you opt to do hundreds of ScoutIts , you best keep that nonsense on the down-low.
Reactions: Turtlefemm, Despairagus, SherryNotShirley and 9 others